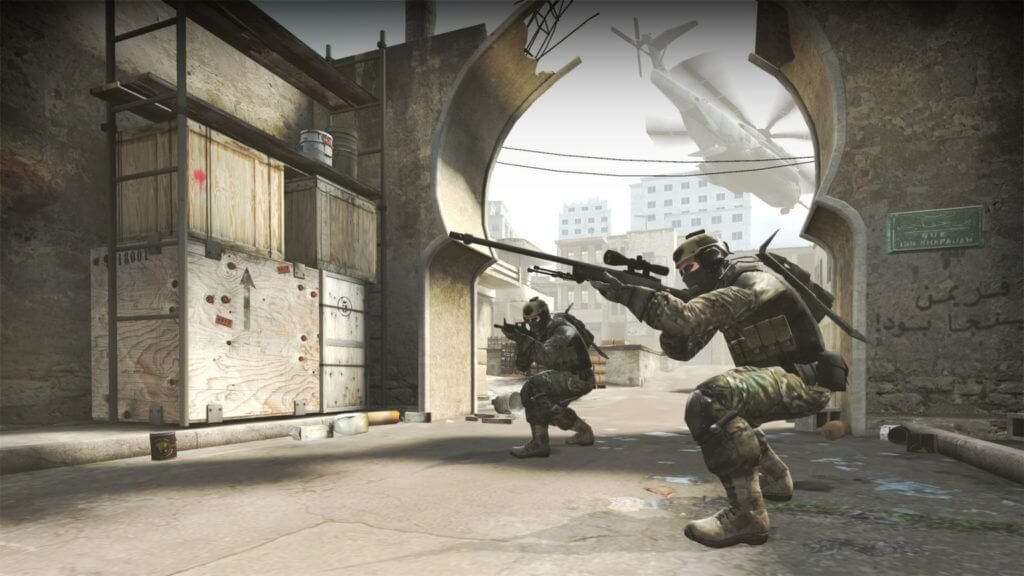 Every professional CSGO team has the player to fill the sniper (AWPer) position. All the famous crews appearing on the Counter-Strike: Global Offensive pro scene tries to grow or get an experienced shooter able to make a significant impact with AWP. A good AWPer can dictate the game in his team’s favour and get important frags to help teammates win.

Besides AWP, there are other sniper rifles in CSGO, but they have secondary roles in the meta. So, AWP is the main instrument of a sniper. In this article, we will explain how to play as AWPer in CSGO. The text is short but useful.

Accuracy International L96A1 / Arctic Warfare is the sniper rifle designed and produced in Great Britain in the mid-1980s. In CSGO, there is the version modified for police and special forces laconically named AWP.

The rifle’s magazine contains 10 bullets. They’re quite enough to eliminate the entire enemy team without swapping the magazine. Less accurate shooters can rely on 30 additional bullets in the pocket. The main advantage of AWP in CSGO is its HUGE damage. One-shot with this sniper rifle is usually enough to kill the opponent.

Another plus of this rifle is the excellent accuracy when shooting with a scope, especially at long ranges. On the other hand, slow reloading, high price and heavy weight significantly lowering the mobility of an AWPer is its minuses.

Five Tips for a Newbie AWPer in CSGO

Theses below explain important methods that are basic for you to become a good, skilled CSGO AWPer.

You can learn how to play as AWPer while watching plays by legendary players like Sasha ‘s1mple’ Kostylev or Kenny ‘kennyS’ Shrub. Or maybe you have your favourite players already. Because even pro players are watching demo’s and matches because it helps them to find something new. If you don’t know where to watch it, then keep an eye on Tips.GG. It will provide you with a list of CSGO matches and scores. While watching, try to analyze their games by watching replays and to understand every move the sniper makes.

That’s logical: a high-skill AWPer has to aim quickly and accurately to get the frag instantly. Remember the rule of a sniper: one shot – one kill. Otherwise, a sniper is an easy target for enemies when loading another magazine.

In case you missed the shot, swap to your knife quickly and fall back to the safe position. Workshop maps like aim_botz, training_aim_csgo and training_aim_csgo2 can help you train your AWP aiming excellently.

Learn the map you play thoroughly. Every map has classic positions that top AWPers have been using for shooting since ancient times. Try to stay in deep positions to use your scope and long-range lethality advantage. When working with teammates, don’t rush forward. Your goal is to get accurate frags from afar.

The AWP is quite an expensive weapon (4750$). Learn to count quickly if you have enough money to buy the AWP, body armour, non-default pistol, grenades and defuse kits (as Counter-Terrorists). Losing the AWP is a massive damage to the team’s budget, so don’t be too shy to discuss your budget with teammates.

Use Your Secondary Weapon

A pistol is the best friend for a CSGO AWPer trapped in a dead end. Switch to your pistol in case an enemy is right in front of you and there is no time to reload the AWP. An AWP is slow for close quarter combats, so it makes sense to deal with an opponent with your sidearm, especially if he is already damaged. As you might understand, training your pistol aiming in addition to an AWP makes sense, too. If you have enough money, buy a CZ75-Auto or Desert Eagle instead of a default pistol.

We hope these tips will help you play well as AWPer in CSGO! Don’t hesitate to write a comment, we would be happy to assist you.